On upper-spec models there are new angular LED daytime running lights and LED headlights with indicators and fog lights grouped vertically on the outer edges of the bumper. New, taller tail-lights are a simpler, cleaner design and the new rear bumper is less bulky than the current example. While the side mirrors are also new, the doors and turret are carryover. 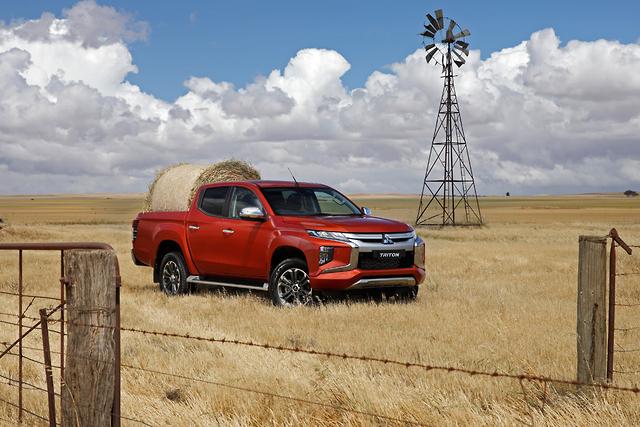 The interior has been upgraded with more soft-touch materials along with padded sides to the centre console and passenger side dashboard, plus monotone colours in place of the two-tone scheme used before. Door trims comprise a thicker-gauge laminate and Mitsubishi has gone to town with the sewing machine: there’s a new stitched centre armrest cover, centre console side covers and double stitching on the parking brake lever and boot.

Air-vents and a USB port have been added to the rear seat area. 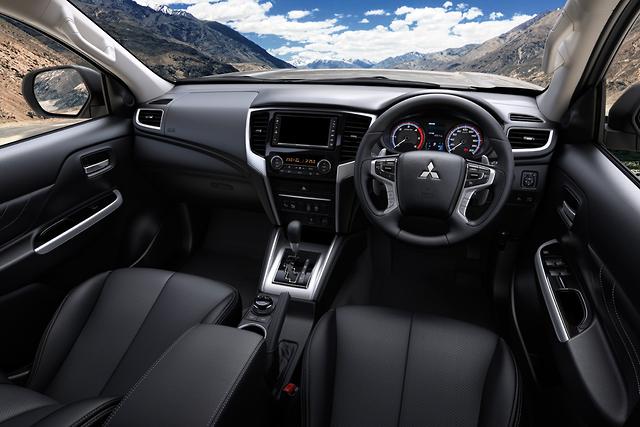 While the Triton’s six-speed manual transmission continues as before, the MQ’s five-speed automatic has been replaced with a new six-speed unit. Mitsubishi’s 4WD systems (part-time Easy Select for lower-spec models and part/full-time Super Select II for premium models) continue with a new standard feature for both systems: driver-selectable 4WD modes. The four-mode system (Gravel, Mud/snow, Sand and, in low-range, Rock), as with other utes with 4WD modes, controls engine output and automatic transmission and braking performance to regulate wheel slip and maximise off-road performance. 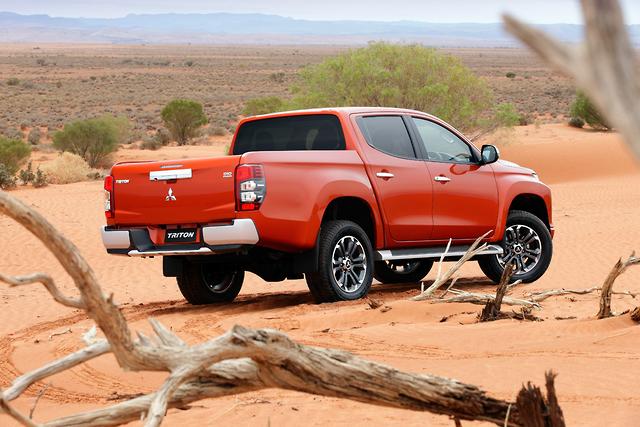